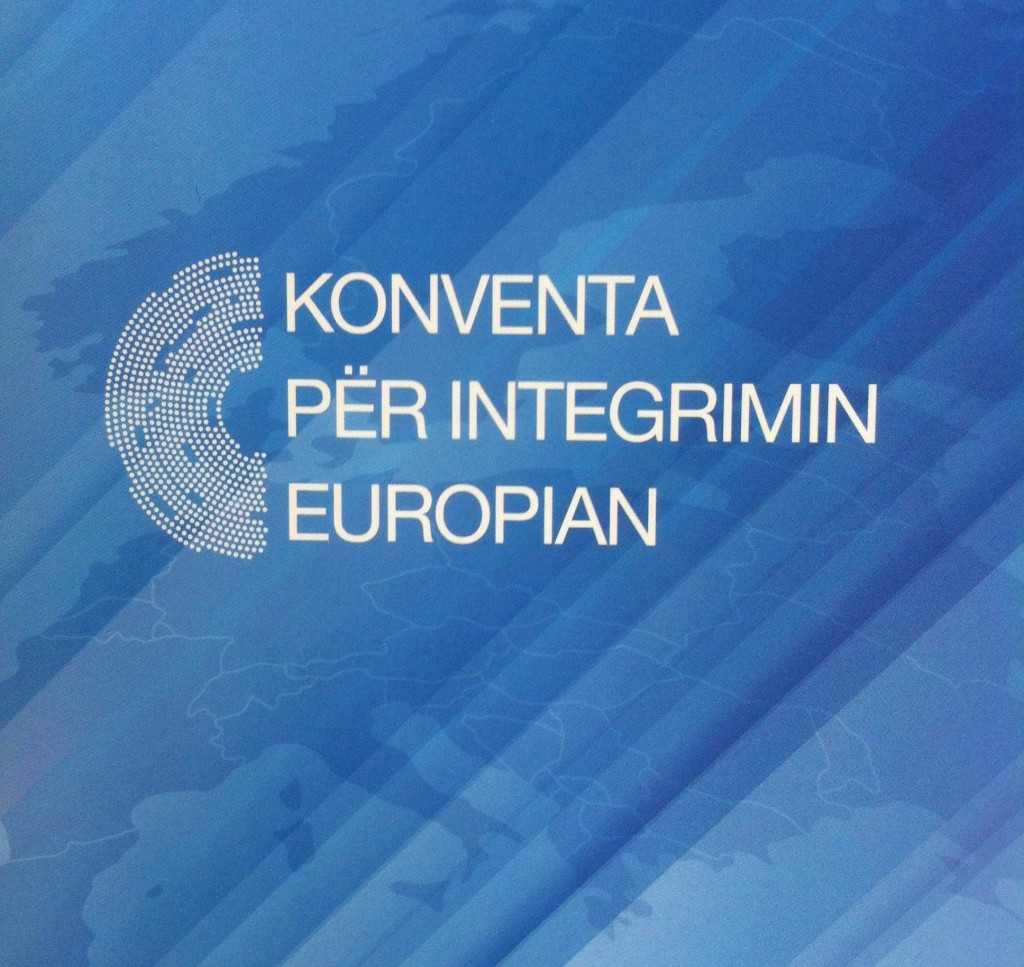 The project’s “National Convention for European Integration of Albania” overall goal is to increase the participation of all segments of Albanian society (including the regions) in formulating and making of national policies. Special emphasis is put on EU integration effort of Albania as well as on promotion of cooperation of governmental and NGO sectors with the aim to strengthen capacities and capabilities in order to be able to meet all the criteria of the EU integration.

Perceiving EU integration not as a mere institutional agenda, but as an ambitious development project being continuously determined from the whole society, the role of civil society and citizens actively committed is crucial to promote European values and raise awareness in the public opinion on the impact and benefits of EU Membership for Albania.

Establishing the bridge between state institutions and civil society and at the same time helping to increase capacities in both sectors special mechanisms are needed. To facilitate this process,an instrument successfully applied is the National Convention on the EU Integration.

Working Groups (WG):There are formed 4 Working Groups whose topics will be directly related to EU integration process and negotiations highlighting the political, technical and legal dimension of such process: WG 1: Judiciary and Human Rights; WG 2: Justice, Freedom, Security; WG 3: Agriculture and Food Safety; WG 4: Regional Policy and Coordination of Structural Instruments. 16 WG Sessions (4 for each WG) are being organized, aiming to include all the actors that have not been/or have been partially involved in EU integration process, with peculiar focus in the local dimension.

NCEI in Albania 2014-2016: NCEI in Albania started in an important momentum -when Albania received ‘candidate country’ status (2014). NCEI put special emphasis on EU integration effort of Albania while promoted cooperation.During 2014-16 were organized 16 sessions of the working groups and 2 Plenary sessions during whose recommendations and conclusions have been disseminated to the state institutions, NGO-s and INGO-s, diplomatic missions in Albania and European Commission.

Achieved Goals: 1. Increased the participation of all segments of Albanian society (including the regions) in making of national policies relevant to the EU integration process;

2. Strengthened capacities of governmental and civil society sectors in order to cope with the EU accession criteria;

Being a unique model developed by the Slovak Foreign Policy Association between 2003 –2007 it was extended through the support of Slovakia´s bilateral development assistance (Slovak Aid) in Serbia, Bosnia and Herzegovina, Montenegro, Ukraine and Moldova. Successful cases of the project implementation were considered in Montenegro(http://eukonvencija.me/en/o-nacionalnoj-konvenciji/) and Serbia (http://eukonvent.org/)