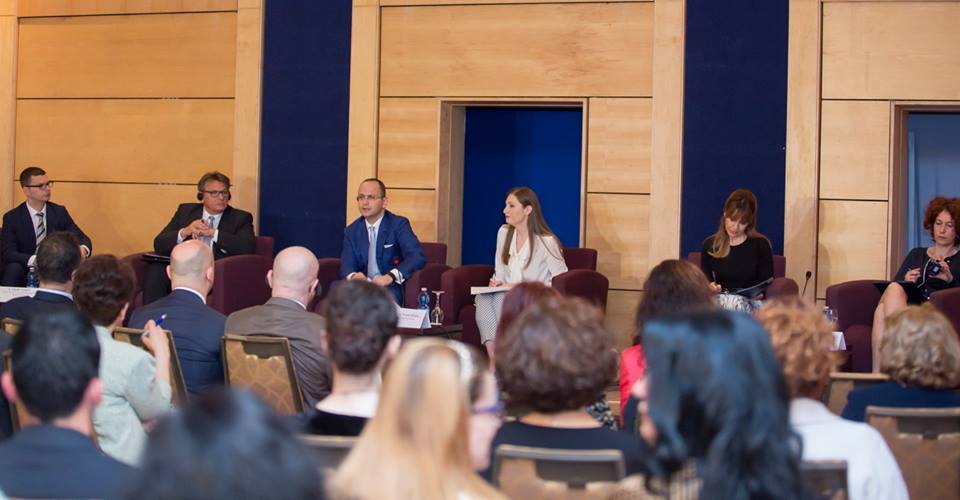 Foreign Minister Bushati, Minister of Integration Gjosha, chairwoman of the Council for Integration Bregu and EU ambassador Vlahutin, have appealed the Panel of the Convention for European Integration to move towards the closure of duties for the next step. The objective of the convention is the institutionalization of public debate on issues related to the EU, based on cooperation between the government, civil society and businesses. As BalkanWeb wrote, Minister of European Integration, Klajda Gjosha stressed the importance of the contribution of all stakeholders in the integration process. She said that to advance the integration process, concrete actions of experts, citizens and all interest groups are needed. The Minister said that the Ministry of European Integration, considers inclusion an important priority, expressing the conviction that Albania’s progress on the path of integration could not be done otherwise.

For the Foreign Minister, the integration seen by the fulfillment of obligations towards the EU it is not a loss of sovereignty, but an achievement standard as requested by the citizens, including those of global security. Foreign Minister believes that the expertise of Venice will again be considered positively, as the approval of the constitution in 1998. EU Ambassador agrees with the foreign minister in saying that reforms rises from domestic needs, at the same time calling for long-term policies. Policy cycles must go further than 4, 8 years. As established by the European Commission, Albania is working hard and has not stopped. It is not easy, but is necessary for moving forward to the next step. Albanians should experience a change in the justice system. We are aware that this reform should be done now. This should not mean that we should concentrate on reforms and not do anything else. EU integration is not just an exercise, but a life changer for each Albanian and this is for the good of the country, as Ora News and Top Channel wrote about the ambassador statements.

The Convention it aims the increasing of participation of all segments of Albanian society in the formulation of national policies, strengthening the negotiating skills of experts in European integration and the creation of a sustainable and interactive channel of information to the general public. Thanks to this convention are set up four working groups, each composed of representatives of governmental structures, as well as experts from NGOs, media, academia and the private sector. Working groups address the most challenging chapters to Albania’s accession process like the EU Judiciary and Fundamental Rights, Justice and Freedom and Security, Agriculture and Rural Development, and Environment.